It is indisputable that one of the most iconic monuments of the capital of Seville is the Real Alcázar, and within this monument we find an architectural jewel such as the Patio de las Doncellas, which is also one of the most vivid examples of the reflection of time with its evolution over the years and its constant cultural adaptation.

In today’s post we focus on the Patio de las Doncellas, its before and after. This courtyard is called the courtyard of the maidens because according to tradition, the ladies of the court used it as a room for entertainment and enjoyment. The Patio de las Doncellas communicates with the Kings’ Bedroom, the Carlos V Hall and the Ambassadors’ Hall, the latter of vital importance to the Alcázar.

The Patio de las Doncellas is a quadrangular piece of 21×15 meters surrounded by four galleries and surrounded by a gallery of arches separated by elegant marble columns. The columns replace the original brick ones and were placed after a general reform, as well as parts of the plasterwork ornaments in the 16th century. This balustrade was added in the middle of the 16th century under the reign of Emperor Carlos V, being a work of the architect Luis de Vega.

The dome that it has is of Muslim style, it is covered with metallic mirrors that reflect the light that reaches them from the room itself. The decoration displays incomparable levels of exquisiteness and richness. In addition, it is recognized that the decorative ornaments of the arches surrounding the patio are much more detailed than the more modest ones one floor above. On each of the four sides of the patio, the line of columns is interrupted by an arch that is almost double the height and relatively wider, as can be seen in the first image that we show you.

From the Patio de las Doncellas there is, as we have mentioned before, the possibility of accessing the following three halls of the palace, called the Hall of the Bedroom, of Carlos V and of the Ambassadors. The ornaments are a highly geometric work of plasterwork, and the architectural complex itself an element of remarkable symmetry.

In this courtyard, the concepts of a Castilian Palace and Islamic aesthetics and privacy are harmoniously combined. During the time of Philip II, the center of the courtyard was dominated by a fountain that was later placed. The recovery of the more or less original design of the Patio de las Doncellas emerged recently, having also renewed the implementation of a pool in the center of the garden, covering almost the entire dimension of the longitudinal axis.

The Patio de las Doncellas was covered with a marble floor, with a Renaissance fountain in the central part for almost 500 years. After excavations in 2005 it is shown as it was created in the 14th century. The central space of the Patio de las Doncellas is dedicated to a type of garden that meets essential characteristics of an Islamic garden, involving the possibility of planting aromatic fauna and a type of stream so that the sound of water interrupts the prevailing silence. The rectangular pond meets the rest of the garden at a level approximately 40 centimeters lower than the main gallery of the patio, the borders were built with bricks.

In Voyager Seville we have personalized routes every day through El Alcázar de Sevilla, where you can appreciate the beauty and richness of this Patio de las Doncellas, are you going to miss it? 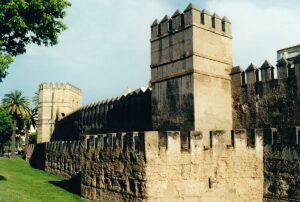 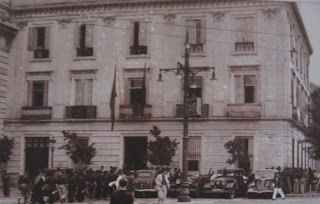 The building we are currently operating from has a rich and interesting history, as does the rest of the city. El edificio […]

The biggest TV show of the 21st century, Game of Thrones is a fantasy televisión revoloution, transporting viewers to mythical lands of […] 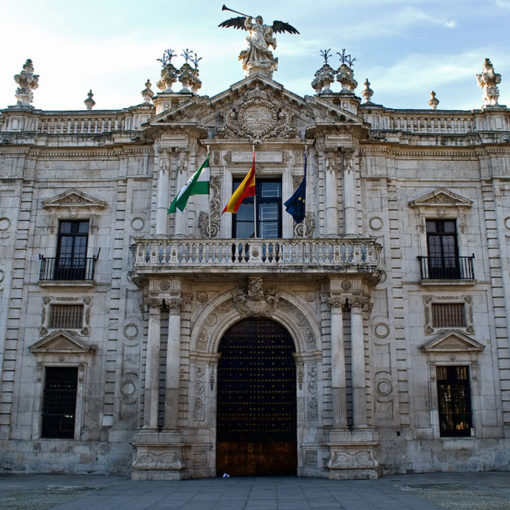 The organizers of the “III International Conference: Collecting, Patronage and Art Market” in Europe, America and Asia welcome you and call researchers, […]