In 1519, Ferdinand Megellan a Portuguese explorer travelled 42,000 miles with 5 ships and 270 crew members to discover the Western Sea route to the Spice Islands in Indonesia. As a result of this he was the first expeditioner to discover the Pacific Ocean which took 99 days. The expedition began in 1519 from Spain, his first stop was in West Africa which he then travelled to Brazil located on the South American Coast. In search of a strait to take him to the Pacific, he discovered a large estuary in the South of Brazil. In 1520, he found a strait that was located at the top of South America where only 3 of the 5 ships survived. One ship had been wrecked and the other deserted. Through the voyage the crew members suffered starvation and scurvy, which forced crew to chewing leather from their gear in order to stay alive.

In the tragic year of 1521, Magellan landed on the Island of Guam located in the Philippines where he was shot by a poisoned arrow as a result of a dispute regarding religion between the chief of Cebu and a rival tribe on a neighbouring island . At this point of the voyage Magellan was only 400 miles away from the Spice Islands. However, the survivors used the remaining two ships to reach Moluccas (the Spice Islands) and loaded the ships with spice. On the returning journey to Spain unfortunately only one ship named “Vittoria” made it back to the port of Sanlúcar de Barrameda in 1522. The Vittoria was the first ship to circumnavigate the globe, a few days later after landing in Port Sanlúcar de Barrameda the ship sailed up the Guadalquivir River reaching Seville.

What Was The Reason Behind This Expedition?

Ferdinand Magellan saw the opportunity of a growing industry, in the 16th century for the Moluccas aromatic plants that were being grown and traded. Magellan saw this chance to participate in this highly profitable industry. Magellan’s purpose was to discover a western route to these islands, he had lost his life through this voyage. However, it can be certified that these sacrifices could be quantified for the value of these spices. This can be proven by the factor of several countries fighting for the ownership of the Spice Islands, despite the loss of lives. On this voyage they had lost 250 crew members, Magellan’s life and 4 ships but the profit remained as 26 tonnes of spices was worth 500 gold ducats.

Seville has a wide variety of cinemas all over the city, from the smaller and older cinemas to the enormous multiplex cinema […] 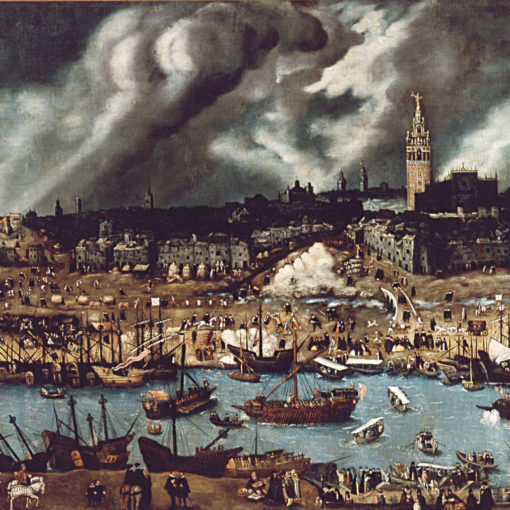 Born into a noble Portuguese family around the year 1480, Magellan became idolised after orchestrating the Spanish expedition to the West Indies […]