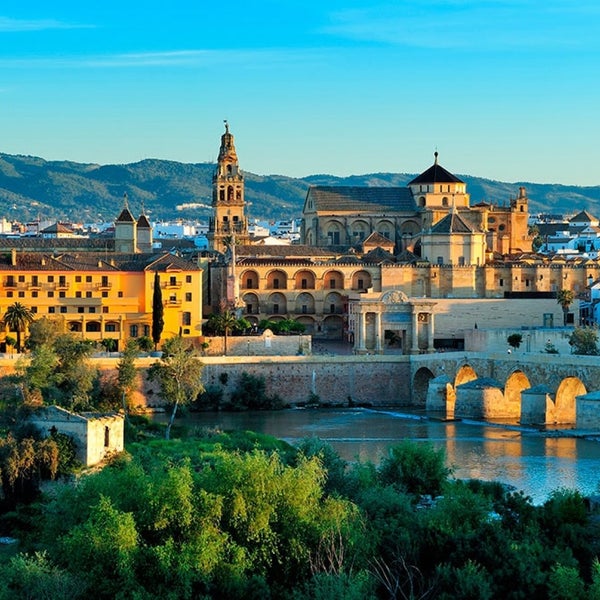 Córdoba is a Spanish city  in southern Spain and municipality in Andalusia, capital of the homonymous province, located in a depression on the banks of river Guadalquivir and at the foot of the  mountain Sierra Morena. The mosques, the libraries, the baths and the souks, abounded in the city, creating the bases of the European Renaissance. The city counted on a multitude of sources, public illumination and sewage system during the time of greater califal splendor.

In 1984, the mosque-cathedral of Córdoba was included in the list of World Heritage Sites by Unesco, a declaration that a decade later would extend to the entire historic center. The Fiesta de los Patios Cordobeses was designated an Intangible Cultural Heritage of Humanity in December 2012 and in 2018.

What are patios? **World Heritage**

Due to the dry and hot climate of Cordoba, the  inhabitants of the city adapted to the high temperatures; by centering their house around a patio, which normally contains a fountain in the center, of the patio. As well as the fountain, many inhabitants had a well that collected rainwater.  The Muslims re-adapted to this scheme by entering the house from the street through a hallway and placing an abundant vegetation to increase the feeling of freshness. 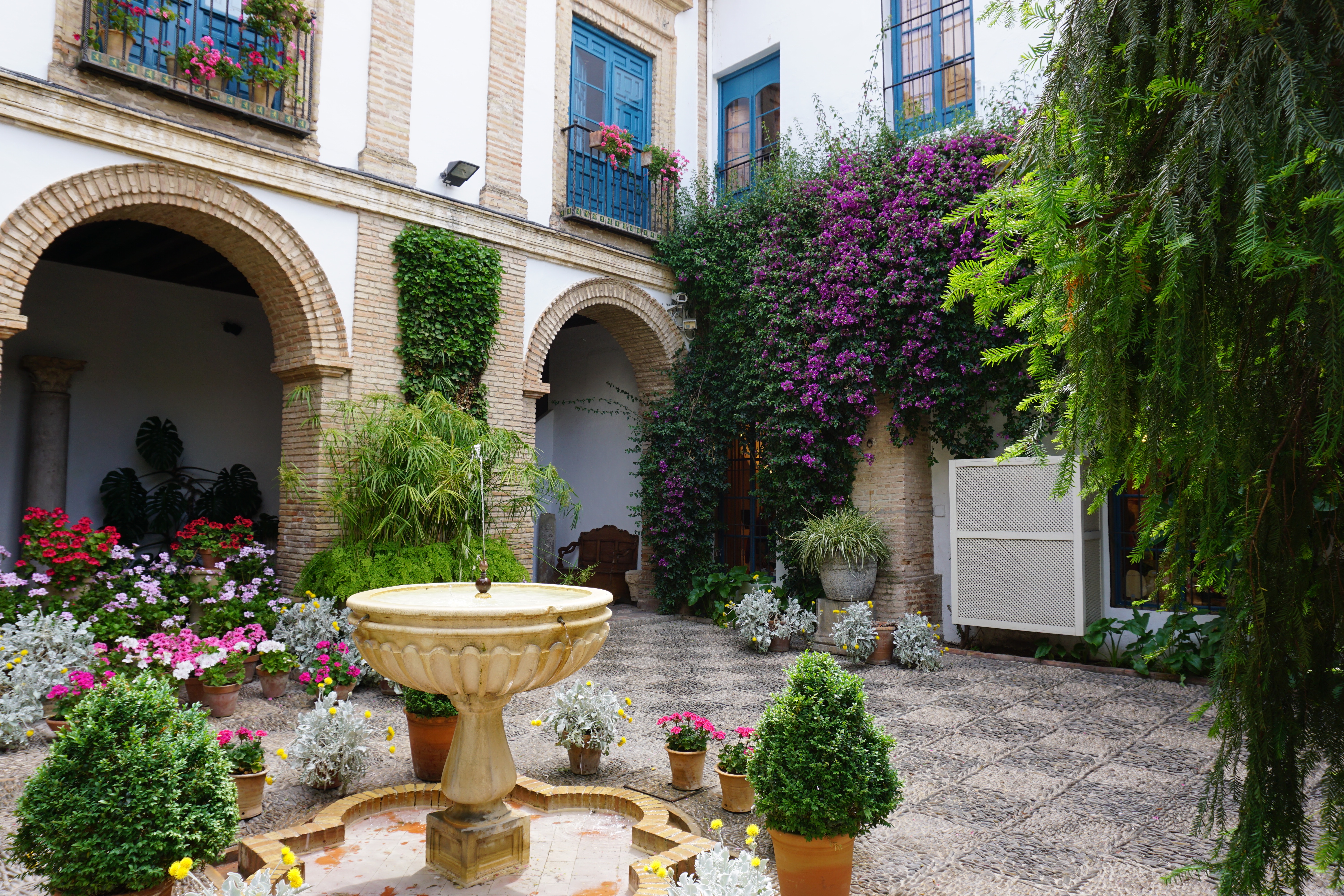 There are two clear types of patios: The first,  a single-family house where the rooms are distributed around it. It is usually cloistered and the floor is paved or paved mosaic.The second type is from the neighboring houses which are  nowadays less popular, but that is where you can also access the houses. It usually has two floors, which the patio is enriched with continuous balconies, staircases and a roof. The floors are usually paved. The wells are common, and an important  feature to the patio gardens.

Where are they located? The most characteristic neighborhood is that of the Alcázar Viejo, between the Alcázar and the parish of San Basilio, although we also find them in the neighborhood of Santa Marina, around San Lorenzo and La Magdalena. In the surroundings of the Mosque-Cathedral, the Jewish quarter also presents examples of great beauty and antiquity. The most beautiful exponent is found in the Palacio de Viana, which offers twelve different courtyards.

Battle of the flowers

Every Spring Cordoba bursts into bloom with special festivities for the month of May. It starts off with a parade, known as the “Battle of the flowers”. The city officially launches into its Spring celebrations with the May crosses festival, usually taking place in the first week of the month.

The first contest was held in 1918, and has since taken place every year; while locals continue to cultivate and care for theirs patios daily. The contest is sponsored by the Cordoba City Hall. The patios of Cordoba really come into their own during the festival of the courtyards of Cordoba, held in the first half of May every year. All the owners participating in the contest open up their courtyards for the public and judges to visit.

When to see the Cordoba patio festival…

The patios are generally open from Sunday to Thursday, from 11am on to 2pm and from 6pm till 10pm in the evening, and on a Friday and Saturday, 11am to 2pm and 6pm till midnight. The festival is open to the public; so tourists and locals can appreciate how beautiful these homes and patios are. The events are held to find the best kept courtyard, within the city. There is always one winner for the best kept courtyard, and they will be recognized for this for the whole year until the next competition comes around.

To summarize, Cordoba city and the patios within are a very popular attraction for both locals and tourists. Thousands of  people visit yearly, to explore the magnificent views of what Cordoba has to offer.

Last year, HBO filmed scenes for season 7 at the ruins of a Roman amphitheater in the ancient Spanish city of Italica. […]